Please note that masks are now a legal requirement in all indoor public areas on park. Covid protocols also remain in place at many facilities and amenities to keep our guests safe. We look forward to seeing you soon!  To view our Covid-19 FAQ’s please click here.

Top Ten Things to do in Penrith

In the northeast of Cumbria, Penrith lies in the Eden Valley, a stone’s throw from the upland beauty of the Lake District National Park.

Just minutes away you can find historic castles, the wonderful lake Ullswater, and one of the largest Neolithic stone circles in the country. Let’s look at the top ten things to do in Penrith. 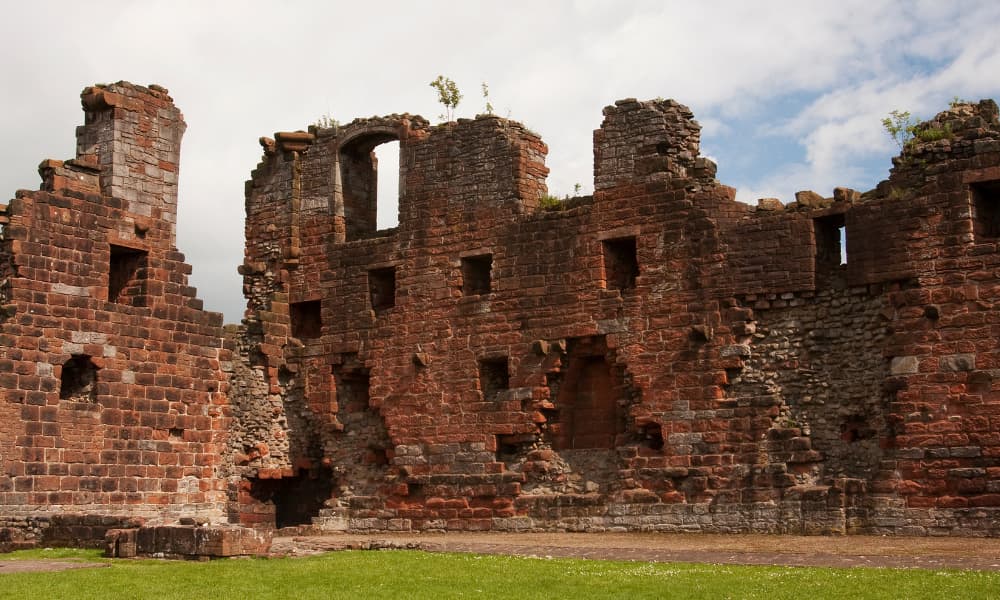 Penrith castle suffered a similar fate to many Medieval strongholds in England, when it was sacked in the 17th century following the Civil War.

Built in the 14th century to protect this region from Scottish attacks, it later became a grand fortified house. It was occupied by Richard, the Duke of Gloucester before he became king (Richard III).

The castle ruins are in a public park and accessed via a footbridge across the moat. 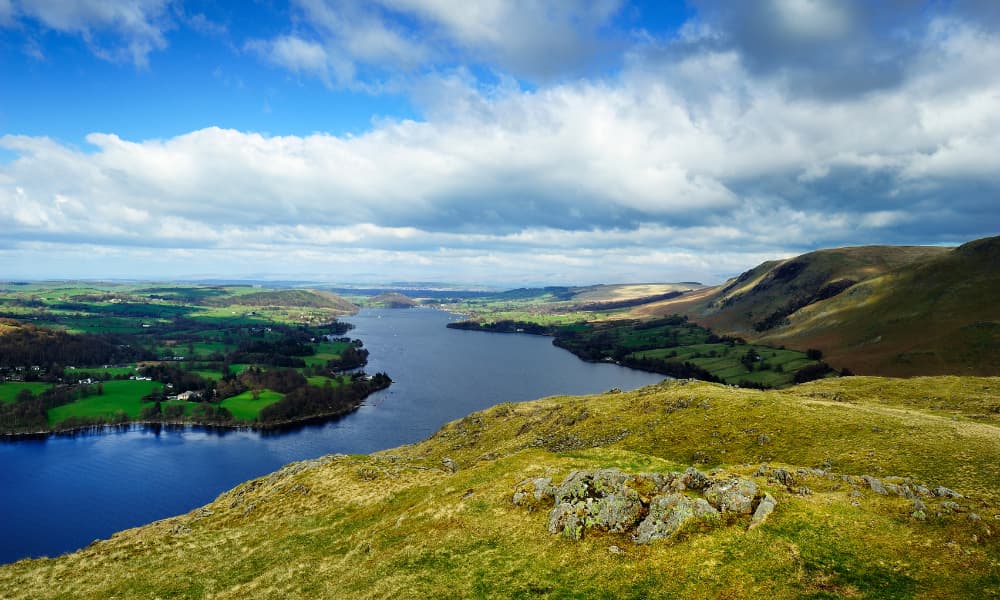 Ullswater is seen by many as the most beautiful lake in England, possibly due to its elongated ribbon shape, and the dominating Place Fell and Hallin Fell.

Ullswater’s natural beauty has attracted sightseers since the 18th century and continues to this day.

If you’re travelling from Penrith, your first stop will be Pooley Bridge. There you can hop on one of the steam boats that navigate the lake throughout the year. These steamers call in at Glenridding, Howtown and Aira Force and are the best way to see Ullswater. 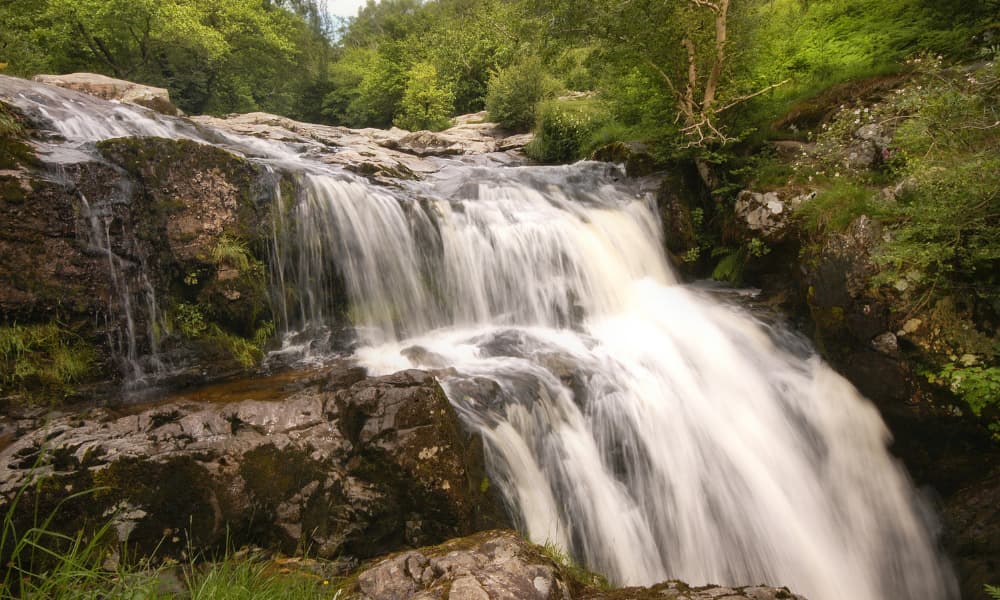 The 21-metre Aira Force waterfall is in a National Trust park on the west side of Ullswater. It was referenced by Wordsworth in several poems and was most notably the inspiration for Daffodils (1802).

In the 19th century the Howard family landscaped the area around Aria Beck. They planted an arboretum with cedars, spruces, pines and firs, among which is a majestic Sitka spruce now standing more than 35 metres high. The power of the Aira Force can be viewed from two stone bridges, one at the top and one at the foot. 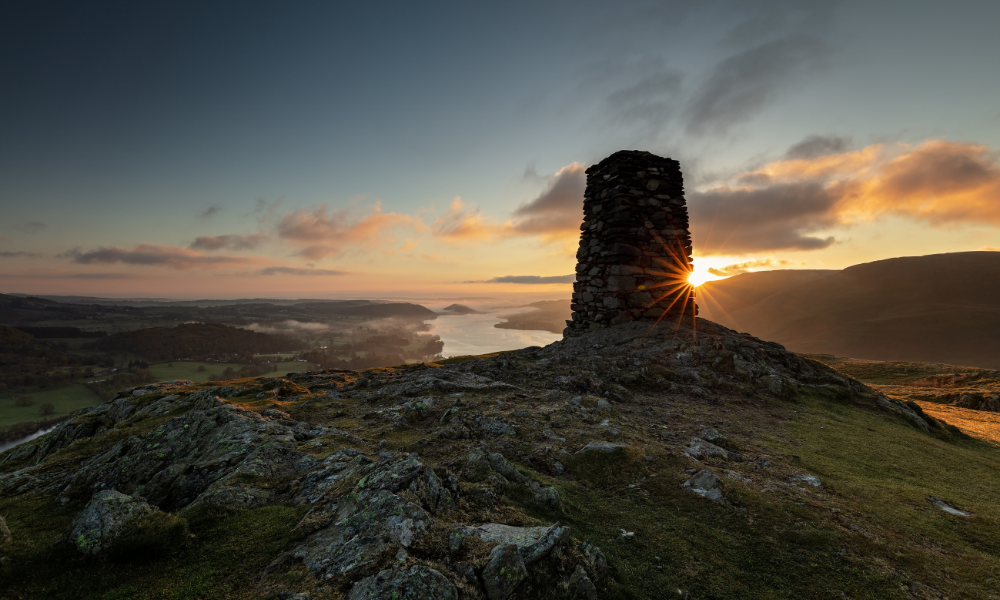 On the opposite shore from Aria Force, you can’t miss Hallin Fell, which is surrounded by the lake on three sides. The path to the top is deceptively easy, and can be done in about half an hour.

With car parking at the parish church of St. Peter near the southern foot of the fell you’ll be able to look back at the spectacular Martindale fells.

Once at the summit the views take in a huge vista of the eastern Lake District including High Street, Blencathra, Helvellyn and of course Ullswater itself. 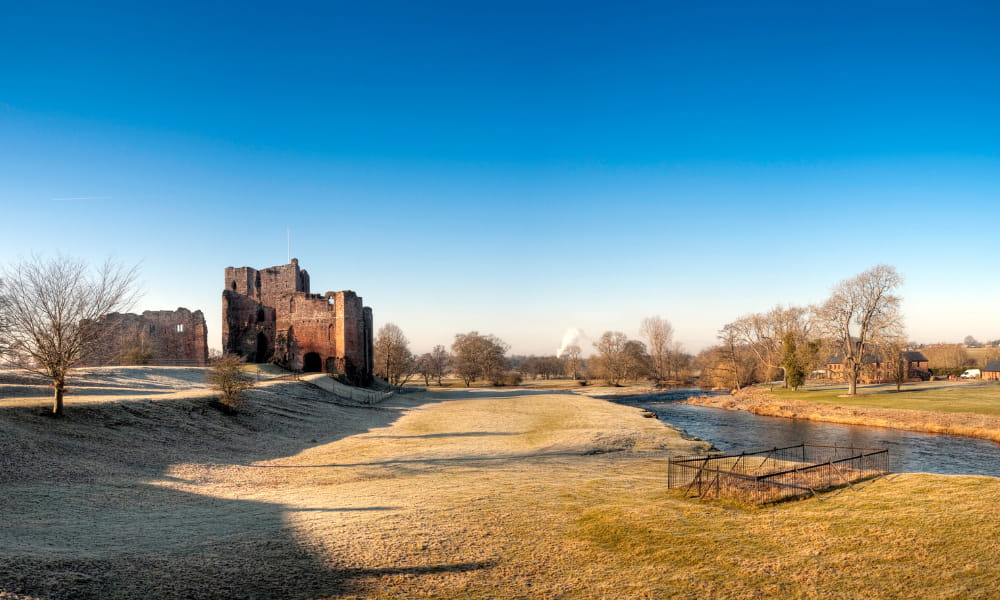 Abandoned some 300 years ago, the well-preserved ruins of Brougham Castle sit in a romantic spot in the meadows near the River Eamont. Explored by a young Wordsworth and sketched by Turner, Brougham Castle’s Tower of League, the keep and the double gatehouse survives.

The castle is great fun to investigate. In its spiral stairways and web of passages you’ll be treading the same footsteps as Edward I, as the castle was a key military base during the Scottish Wars of Independence. 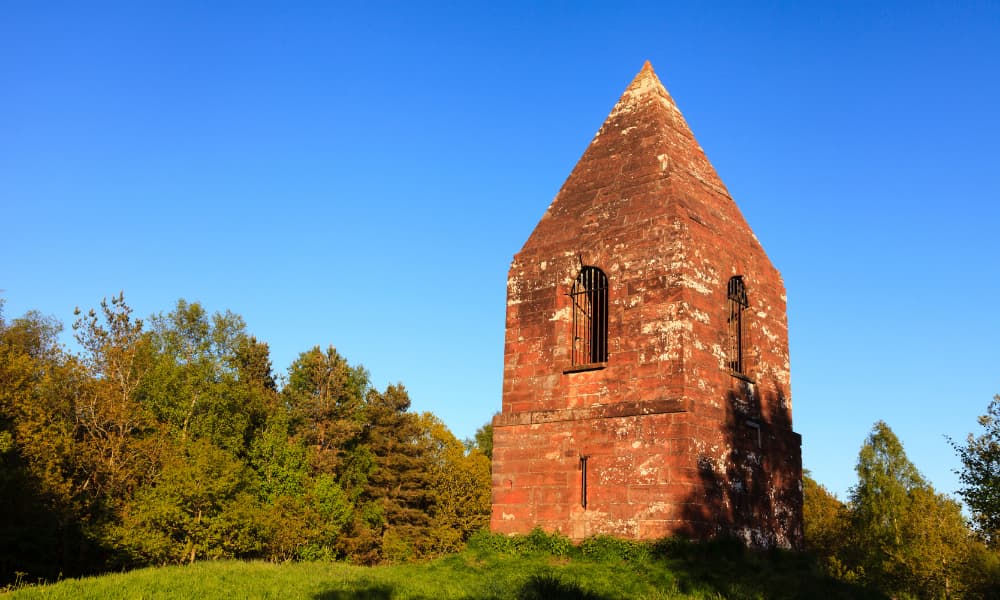 Rising over Penrith from the north east is Beacon Hill, which you can climb for great views over Penrith and the Eden Valley.

The hill is named after signal beacon which was first built in the reign of Henry VIII, while the current sandstone monument is from 1719.

The trek starts just off Beacon Edge Road for a round trip that will take about an hour.

From the summit many of the famous fells are lined up to the southwest. And towards the north you can see across the Solway Firth into Scotland. 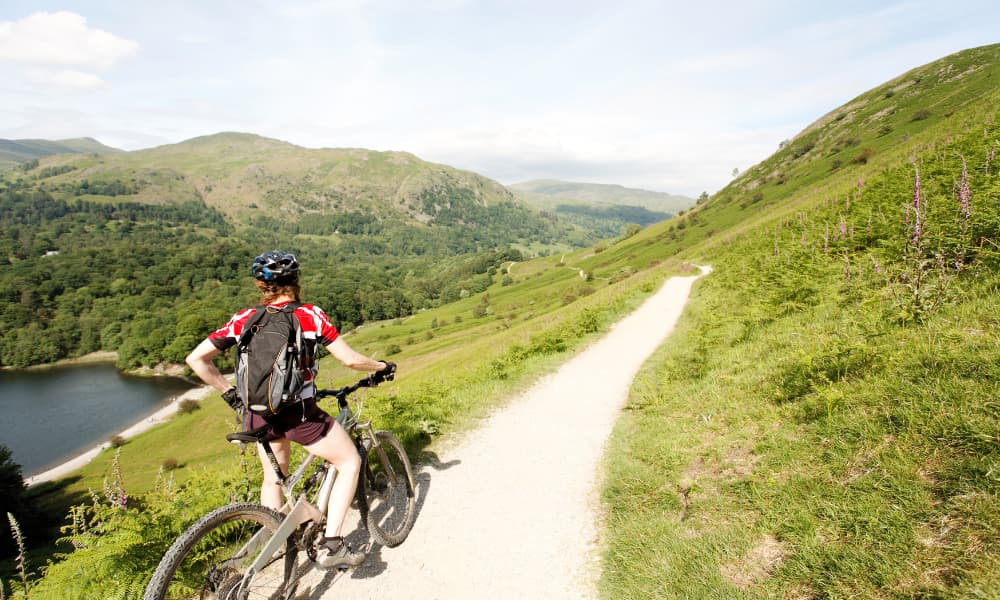 Penrith is Cumbria’s first cycling hub, partly because the town is right on the Coast-to-Coast Cycle route (C2C). This route extends 140 miles across the Lake District and North Pennines, between Whitehaven in Cumbria, and Tynemouth Castle on the North Sea Coast.

Almost half of the trail is on off-road tracks along disused railways and traffic-free cycle paths.

There are also several “do-in-a-day” circular rides ranging between 15 and 30 miles.

Long Meg and Her Daughters 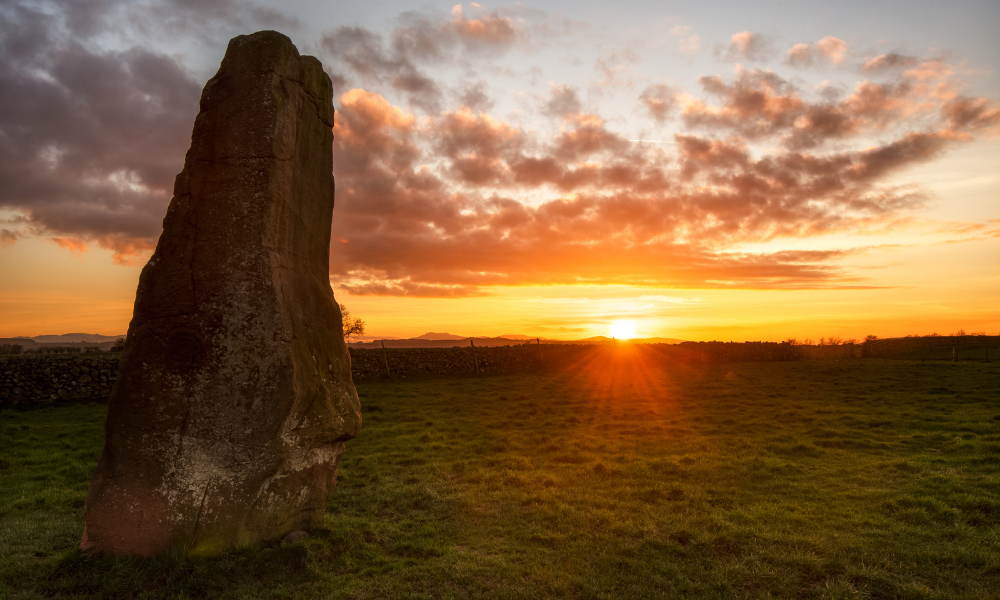 An easy trip across the Eden Valley, this stone circle is the second largest in the UK, at over 100 metres across.

There are 59 stones, the largest being the sandstone monolith – Long Meg – which is etched with megalithic rings, spirals and circles.

Believed to be over 4,000 years old the site may have been used for burials, ritualistic gatherings and for trade. Although local legend has it that Long Meg was a witch who along with her daughters was turned to stone for dancing on the moors on a Sabbath. 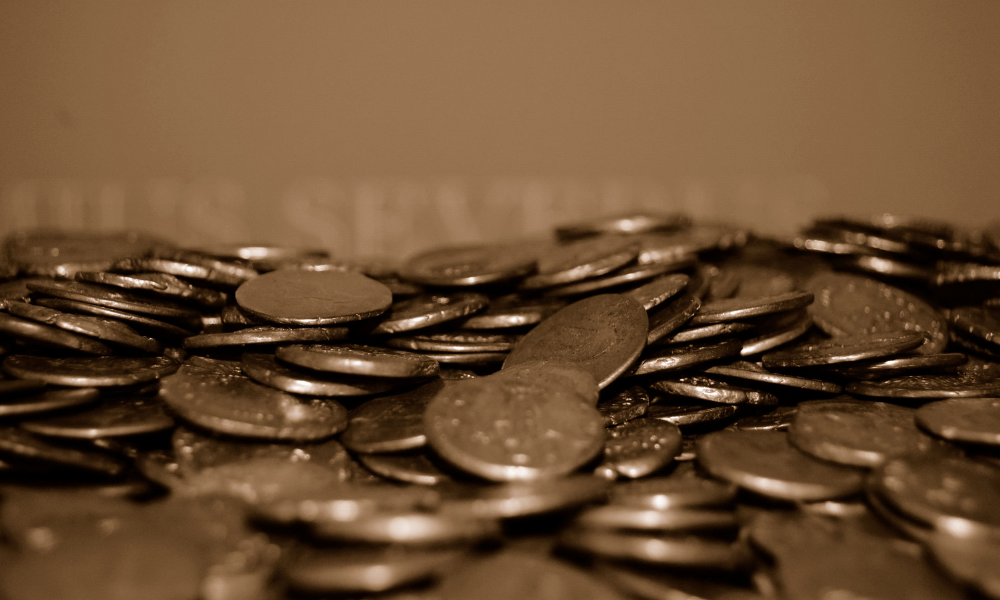 In the 17th-century Robinson’s School building there’s a museum documenting Penrith and the Eden Valley’s human and natural history.

There are some really interesting pieces to discover here, such as the medieval town seal, and a hoard of 600 late-Roman bronze coins found a few miles away in Newby.

There are also little mementoes relating to interesting local figures and a good collection of Dutch, Flemish and local fine art. 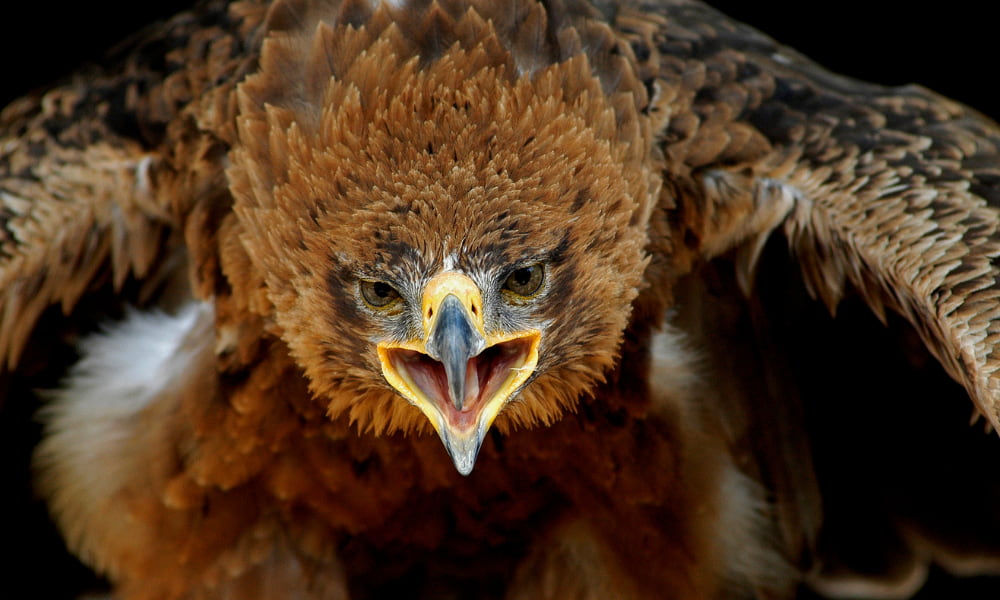 In a walled garden by the entrance to Lowther Castle, the Lakeland Bird of Prey Centre has more than 150 native and exotic hawks, owls, vultures, eagles, falcons and buzzards housed in thoughtfully designed aviaries. Visitors are also treated to a special flight demonstration that takes place for two hours during the afternoons (April to November).

During this you’ll see the differences between a variety of birds, and be encouraged to try handling a bird, with help from an experienced keeper.

If you’d like to visit some of these fabulous attractions, why not book in at Lowther Park for a holiday in Penrith?