Please note that masks are now a legal requirement in all indoor public areas on park. Covid protocols also remain in place at many facilities and amenities to keep our guests safe. We look forward to seeing you soon!  To view our Covid-19 FAQ’s please click here.

Where to Escape the Crowds in the Lakes 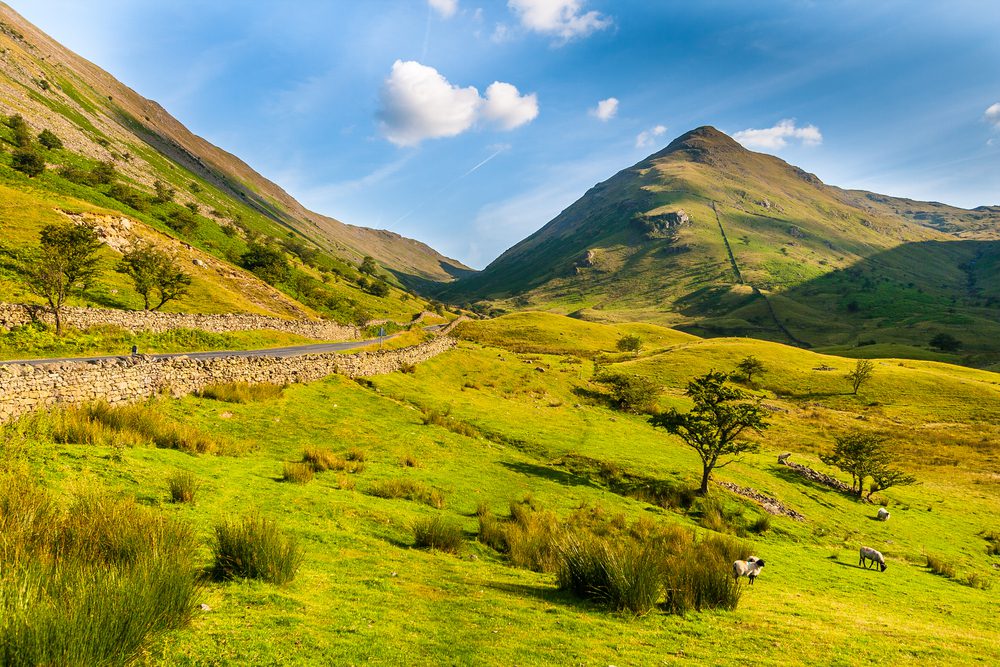 The Lake District is one of the most visited places in the UK, receiving over 47 million visitors a year.

We can’t blame everyone for wanting to visit this beautiful part of the world. But it does mean that some of the hotspots can get a little bit busy.

Head to the likes of Bowness, Grasmere and Keswick during the peak months and you’ll see just how popular the Lake District is. But if you’re after a bit more peace and quiet, don’t worry. Because there are still plenty of places that you can head to escape the crowds in the Lakes.

If you really want to get away from it all, you can’t do much better than Kirkstone Pass, not least because it’s situated almost 1,500 feet above sea level! In fact, the road up to it from Ambleside is simply called ‘The Struggle’.

Once you’re up there though, this mountain pass which runs from Ambleside to Patterdale is wonderfully quiet. With views as far as Morecambe Bay on a clear day.

Whether you want to get your walking boots on and explore nearby sights such as Brothers Water, or just relax in the country’s third-highest pub, the Kirkstone Pass Inn, you can be guaranteed a spot of peace and quiet up here.

While it’s one of the bigger lakes in the area, Ennerdale has remained relatively unspoilt. This is due to its remote location to the west of the National Park. As well as the lack of a public road up to it, but this means that its one of the most peaceful spots to visit.

Be prepared though, the only way to get to it is from the A0586 to the north. This can be quite a long journey if you’re travelling from the centre or south of the Lake District. Also, there are no facilities at the lake when you do arrive, with just a small village, Ennerdale Bridge, located about one and a half miles away.

When you think of the Lake District you probably don’t think of the seaside. But that’s exactly what you’ll find in this quaint town just to the south of the National Park.

So named as it is situated across the sands from Morecambe Bay, Grange is an old Edwardian tourist resort with a lot of old fashioned charm. Especially in its many independent shops and cafes.

Other notable landmarks include the clocktower and the ornamental duck pond and gardens, all with lovely views over the bay.

The furthest east of the area’s Lakes, Haweswater is actually a reservoir which provides water to Manchester. It is usually quiet because it can be quite difficult to get to.

There’s just one road that passes by the lake, from Askham to the north and Shap to the east. So you won’t have too many fellow visitors.

You’ll have to leave the car behind and carry on by foot for the best views. The Kentmere Horseshoe is a popular local walk, which is one of the longest and most remote in the Lake District.

Slightly easier walks include toward Wet Sleddale, or the town of Shap, with its 12th-century abbey.

This Bronze Age stone circle formation is tucked away in the Eden Valley, near the town of Penrith.

The circle is made up of about 60 stones, which were believed to have been laid between 1500 BC 1000 BC. But the legend goes that if you try to count them, you could be turned to stone yourself!

It’s the sixth-largest formation of its kind in north-western Europe. While nobody quite knows why it was constructed, it makes for a quiet day out, away from the main touristy areas of the Lakes.

A small stretch of the National Park’s boundary runs along Cumbria’s west coast. Giving great views out to sea, which many people don’t realise exist within the Lake District.

One of the best places to visit is St. Bees, a coastal village with its own beachfront, as well as St. Bees Head, a cliff face which attracts thousands of birds for breeding.

There are also a couple of towns and villages along the coast which are far quieter than those that you’d find in the centre of the National Park, such as Maryport, Whitehaven and Ravenglass, which is home to the historic Ravenglass and Eskdale Railway.

These are just some of the places that you could head to if you’re staying at one of our local Pure Leisure parks and want to enjoy the beauty of the Lake District, but without having to battle the crowds to do so.